What's new? - Dialogue another year on

It's the nature of our business. The world of reviews is moving so fast, and we're at the forefront of that movement. So this post is to summarise everything that has happened in 2013 (we'll link to relevant posts on this blog and elsewhere...

Reviews have continued to grow in importance, for businesses and consumers. All research points to the fact that consumers are becoming more and more conditioned to looking for reviews before they choose which business to patronise, and leading businesses are embracing the concept of serving reviews on their own websites so consumers aren't driven off to comparison sites where they may be poached away by their competitors.

Retailers are at the forefront. This is not surprising as they have the evidence to support the effect: the sheer volume of business the big online retailers do every day of the week makes it very easy for them to measure the effect of consumer reviews. John Lewis didn't introduce reviews by accident... 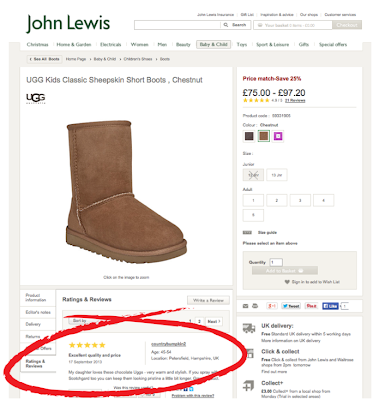 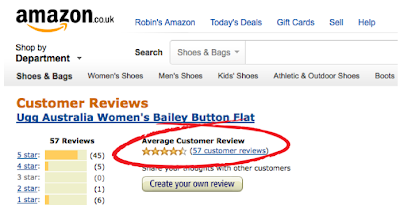 Nor have Hyundai based their entire 2013 marketing campaign on reviews by chance...

All these (highly successful) companies introduced consumer reviews for one simple reason: reviews are now recognised as one of the primary new business drivers. Consumers want them, so these companies give their consumers what they want.

So the question every business should be asking itself is: how can we imitate them?

But why have some businesses hesitated?

Here are the main reasons:
Here we'll introduce what has changed at HelpHound in the last year, because most of those changes have been driven by these very same three reasons...
On top of this our clients have seen negative reviews posted on external sites plummet (by over three-quarters) and positive reviews increase (this week Dialogue got a new hotel client three extra 5* reviews posted to TripAdvisor in their first week). Dialogue is improving new business flows, aiding conversion, improving existing customer retention and managing every aspect of reviews across the web for our clients; what business wouldn't want that?


Other changes in 2013 that will impact on businesses in 2014 (and beyond)...
So now is the time to make reviews a central plank of your own business's marketing strategy, where they'll have the greatest impact, and where you'll retain control of the conversation: on your own website.

It's the individual comments that drive business to your door

Here we look at the individual headlines on two of our client's Dialogue modules. Why? Because it's those headlines, combined with the comments below then, that drive business through their doors; giving prospective clients (for estate agency) and guests (for hotels) the confidence to pick up the phone to make an appointment or book a room...

Here are the last 10 headlines for an estate agent client:

And the for a hotel client:

Of course, the individual reviews support those headlines, but we feel that the headlines alone convey the right message and impression for anyone considering using either business.

The key question is: "having read those headlines (and the reviews below them), how many more would you need to see (and would you need to consult any other websites) before contacting (the estate agent) or booking (the hotel)?"


Dialogue: Driving business for our clients

A survey by Choice Hotels Europe has identified the amount of time their hotel management are spending addressing and responding to online reviews - and it can be up to half a day a week.

Now, we're firm believers that it's part of a modern hotelier's job to address their online reputation, but there may come a point when this is at the expense of service in-hotel; and that is why we introduced Feedback Manager™.

To remind everyone what Feedback Manager does:

With Feedback Manager Plus:
This ensures:

And Feedback Manager is excellent value for money: just add up what a half-day a week over a full year is costing (a) in pure time alone and then (b) in distracting the GM (or someone in a very senior position - you won't be delegating your review management to an inexperienced member of staff) from their other responsibilities.

Do you need 'Reputation Management'?

Does our business need reputation management?

Both the above are true; in part...

'Getting rid' of negative comment is shorthand for 'driving negative comment far enough down the Google search results that very few people will look far enough to see it', and that's fair enough. We tend to see this kind of SEO-driven activity as akin to standing on a football in a swimming pool: as soon as you take your foot off (stop paying), the ball (negative comment) pops up again.

But more important than that, it pits your business (and your reputation management) against the might of Google. Google's core objective is to provide the best possible search results, so they invest very heavily in addressing reputation management. Simply put: they don't want the value which is their life's blood tampered with. And they have the determination, combined with the resources, to fight reputation management all the way.

Reputation managers will focus on getting your customers to write positive comments on sites that you feel matter to you; but beware this siren call. This may initially appear to be a good thing; but it almost always ignores the one site that matters most of all to you and your potential customers: your own! And...

If you look for examples of reputation management in operation they soon become obvious. Why? Because it's impossible to stem the flow of negative comment right across the web. You will see the reputation managers' clients begin to look really good on whichever site they choose to flood with positive reviews, but they find it very difficult - and expensive for you - to focus on more than one site at a time, simply because it's not possible to ask hand-picked happy customers to post to more than one site.

We looked at one high-profile example (of a client of a reputation management company). The ten natural search results for "company name + reviews" consisted of the following:

We are in the business of managing consumer relations through reviews.

We enable our clients to show consumer feedback:

We then set about enabling them to get that feedback to sites that matter, and Google loves this. Why? Because verified (and therefore credible) consumer comment is a very valuable commodity for Google.

If you're in hospitality we'll get reviews posted to Google and/or TripAdvisor, if you're an estate agent we'll get them to Google and/or your key review sites. It won't necessarily be a quick fix, and it will mean that your core business practices must be sound, but it is the only viable long-term solution for well-managed businesses.

Then you won't need to hide behind reputation management.

If you're interested in finding out more about how reputation management works (and can sometimes backfire) where positive consumer relations and an open attitude to PR might be a much more effective (and less costly, in pure £'s and in terms of lasting brand damage) solution, then read this great article first posted in the San Francisco Examiner. Another unwanted outcome can be the 'Streisand Effect' - the online community doesn't take kindly to overt reputation management either!

It's important to differentiate between effective customer relations and reputation management, whilst they may at first appear to be closely related, the harder you look, the further apart they are.

In a dramatic surge TripAdvisor now rates as the top source for hotel bookings, overtaking recommendations from friends and family and referrals from OTAs. 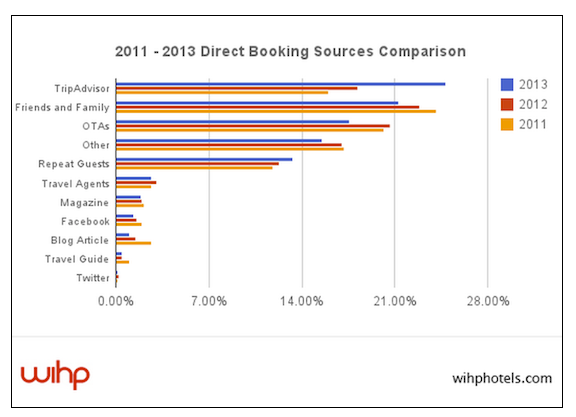 Read the whole article on Tnooz.

Lessons to take away from these findings:

This post was prompted by a new client. They had asked themselves the following question:

"Is their potential customer more or less likely to use a business that...

We spend a great deal of time explaining the multitude of benefits that Dialogue brings to our clients, and even more time collating results, and that's only right, but we felt that this short 'checklist' goes right to the core of what HelpHound is for all our clients, no matter what their business.

Back at the beginning of 2012, building on our experience with the hospitality industry, we expected that the management of our estate agent clients' online reputations would be a big part of the value we would add; what we did not foresee was the direct effect it would have on driving new business. 2013 has been the year that proved...
On top of this we have gained valuable experience in maximising response from our members' clients, so crucial when volumes of business are far from their peak.

More than ever before, the facts, results and our clients' opinions of Dialogue speak for themselves. So we will be continuing our policy of ‘no contract’ for the first six months of membership up until 1 Jan 2014 - enabling you to test and prove Dialogue for your agency with the minimum of risk. Join now and see the results blossom in the spring!
Posted by HelpHound at 18:38 0 comments