What does your membership of HelpHound say about your business?

We expend thousands of words on this blog showing you what effect membership will have on your business, but what about your customers. What effect does Dialogue™ have on them?

First, there are two key places most of you show your membership - on your module: 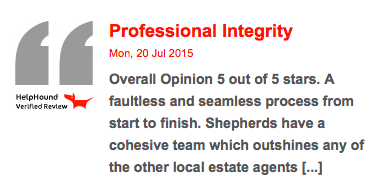 And in the header of your reviews: 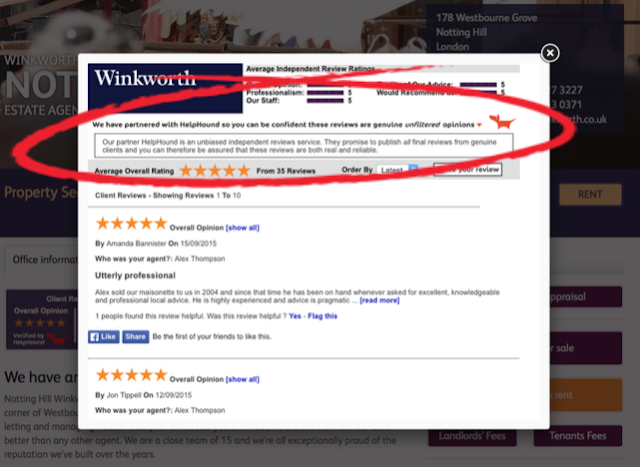 And some of you expand on this: 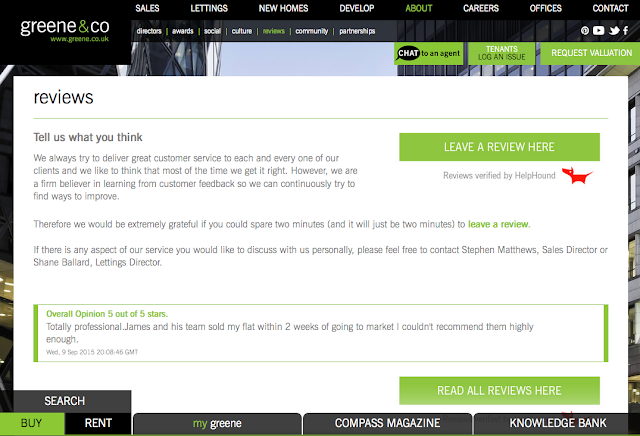 So what important messages does this transmit to your customers? Here are the basics:
But, more importantly, what does this say to your potential customer about your business?
How attractive is this to your prospective customer? Everyone knows that no business is perfect, but equally everyone wants to choose a business that is as near as possible perfect for them. How reassuring for them to find dozens, if not hundreds, of reviews, the overwhelming majority of which are positive and informative?

How reassuring is the content of those reviews when it addresses the the very issues of most concern to them?

How reassuring for them to find that your business has no way of suppressing negative comments and is therefore being entirely open and honest in its dealings with both existing and potential customers?

How much would you like to do business with a HelpHound client?

What we think the anti-Yelp brigade is missing

Ever since Yelp became ubiquitous, the business community (and most observers -  journalists and investors) have been mystified by Yelp's review algorithm.

If Yelp is important for your business (it is, after all, the largest general review site in the English speaking world) you might want to spend 20 minutes watching these videos:

Yelpers are none too keen on the Washington Post either!

Doubt the power of reviews? Listen to the first 20 seconds of this video.

So what do they accuse Yelp of?
And we're not talking small beer here; Yelp's entry-level fee is said to be $300/£200 a month. So what do we think is the answer?

Yelp Who? Yelp What? Yelp Elite are Yelp's hard-core reviewers (as you can see from that Yelp page, Yelp itself describes its Elite with this strapline:  'You've heard legends about their reviews, their shiny profile badges, and—of course—their epic parties').

We think there is absolutely no basis in fact for either allegation (apart from the occasional rogue sales person - Yelp employ thousands, so there's always going to be the odd rotten apple). If Yelp sales were routinely offering to promote great reviews for cash then we'd have seen an expose on YouTube by now. We think it's far simpler. We think Yelp don't filter reviews from their Elite Yelpers and we know they do filter reviews from people who very seldom write reviews.

Yelp's logic (and business model) is possibly at fault here. We don't subscribe to their contention that a frequent reviewer is necessarily a great reviewer. Nor do we think a popular reviewer is a great reviewer either: funny/cool = right doesn't always wash in our opinion. We process hundreds of - mostly great (well written, helpful and honest) - reviews every day, and we reckon most are the only review that particular reviewer has ever written. We also think that populating a site with reviews written by people who are predominantly in their late teens and twenties (who may or may not be motivated by having their social life enhanced) is not necessarily a better policy than listing every review regardless of origin (providing it's authentic, of course).

The consequence - to our mind unforeseen - of this policy adds up to exactly the same net result on Yelp that the 'extortion/manipulation' algorithm paranoia would indicate:
This also explains why Yelp's review base is so bar/fast food heavy - do we really want another review of our local McDonald's (in fact - you might reasonably ask why we need any reviews of businesses that we are all familiar with)?

Can't wait to read the 143rd review? Need to see photos of a Big Mac (there are 17)? Then Yelp's the site for you. We are also mildly puzzled that most reviewers were disappointed - hence the 2* overall rating - were they surprised by McDonald's? Mind you, the one on Nob Hill rates 4* - as you might expect from such an upmarket location - and has 120 photos (half-eaten burger shots seem to be popular - nice!).

Instead we might find a single well-written review by a client of a financial adviser, solicitor, estate agent or accountant very helpful indeed. But they are few and far between...

No reviews - except two that have been filtered (both singletons). Perhaps Grossmann Investments had better start being nice to the Yelp Elite!

People don't write reviews! You're probably slightly amazed seeing those words here, but it's true. Yelp learned this very quickly back-in-the-day, and it's the reason they set up the Elite system: people will write reviews if you organise cut-price drinkathons.

The only other reason people will write reviews is if they are asked to by the business: HelpHound's Dialogue has proved that beyond doubt. Anyway, Yelp is on the wane, but until Google buys them or they find another way out of their current strife, we will continue to keep an eye on them.

So much has happened in the world of reviews recently that we felt it only right not to wait until the end of the year before bringing you one of our regular reports.

Google, so dominant in search - 68% worldwide - is introducing changes at such a rate that the contrast between search on 1 January this year and now is as marked as any full year previously.

So - how does this affect our world, the world of professional review management?

You own a business and you'd like your Yelp reviews to show in your Google ads? They did last year (with a nice star rating). This year? Google reviews.

Reviews may be small beer for Google, but with the number of Google users and their positioning in search it will be Googlers, not Yelpers, who dictate inward business flows for you from now on.

The impact for your business

If you have committed resources (effort and/or funds) to getting reviews to any specialist review site you should be examining strategies for redirecting that energy. For the forseeable future the there are only two places you are going to need reviews:
Just imagine that you accumulate a hundred great reviews on Google and your competitor has only five, ten or fifteen, how great will you feel? And what if that position were reversed?

While we're on that topic (reviews on your own website)...

Retailers were quick to recognise the value of reviews on their own sites; they understood, early on, that consumers would buy with more confidence if they were given credible (independently verified) reviews. 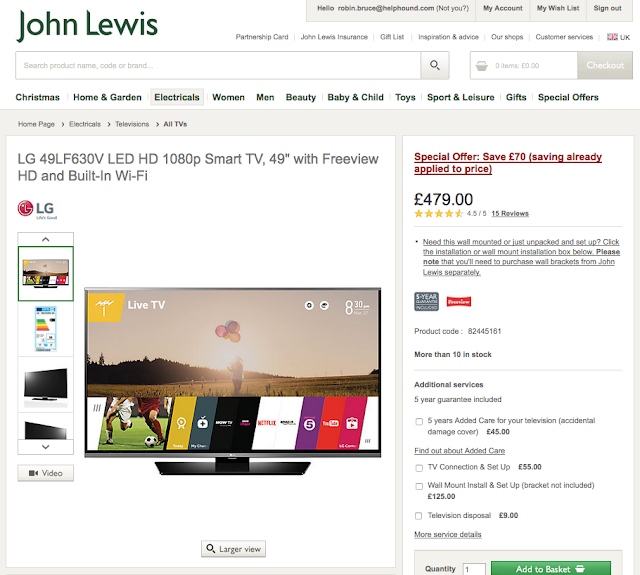 Retailers like John Lewis have been quick to recognise the power of reviews, service providers and the professions less so. This is, in part, due to the understandable 'fear factor': the realisation the power one single negative review may have to deflect business. For more about how HelpHound reduces this 'fear factor' read on here.

But service providers and the professions have been much slower to climb aboard: the old fashioned 'testimonial' still pervades. It is important for businesses to understand that independently verified reviews, hosted on the business's own website, are just as important in driving new business for estate agents, solicitors and financial advisers as they are for electricals and white goods retailers.

With the current dearth of businesses like these hosting independently verified reviews, the opportunity for those in these sectors to steal a march on their competitors is still massive.

Lose the fear: and stop treating reviews as an add-on and integrate them into your core marketing plan. Get a professional review manager like HelpHound to work alongside you (you will need them for the crucial independence, if for nothing else).

Make sure that they can cover both bases for you: reviews on your own website and reviews to Google.

Then sit back and watch the results roll in - guaranteed!

Google logo change - is there a bigger message?

To us it's simple: Google are saying that they are determined to continue to give their users the very best experience possible - enabling consumers to find the very best of what they/we want a mouse-click (or touch) away.

And there's only one way Google are going to quantify that: through reviews.

Hopefully, you think there's another message as well: that it's worth just a part of your HelpHound membership fee to have us monitoring what's going on at Google (and Yelp and Facebook and TripAdvisor and...) for you as well!