Why are some corporates still not taking Google reviews seriously?

This was brought home to us by one of our staffers; his girlfriend wanted a new bicycle, so he went through all the possible solutions: specialist dealer, eBay, Gumtree but he (alongside millions of us) had seen Halfords latest TV ad:

So, just about to jump in the car on Saturday morning, he searches for the nearest branch. This is where it starts to go pear-shaped: the first thing he is immediately struck by is his local branch's Google score...

Then the rich snippets....

Then the reviews themselves...

Now, he's a review management professional, so he knows from hard experience that Google reviews are inherently biased towards the negative, but he doesn't make it as far as the car (and his girlfriend still has no bicycle).

Funnily enough it's not so much the reviews themselves that put him off; it's the fact that Halfords don't appear to care about them. Not a single response from the business, and no discernible effort to encourage happy customers to write reviews (a pattern repeated country-wide).

Now - if this were a little independent bike shop, with tight cash-flow and limited marketing resources, then maybe all would be forgiven - but we are talking about a company which (at last count) has committed £12 million a year to promoting itself. 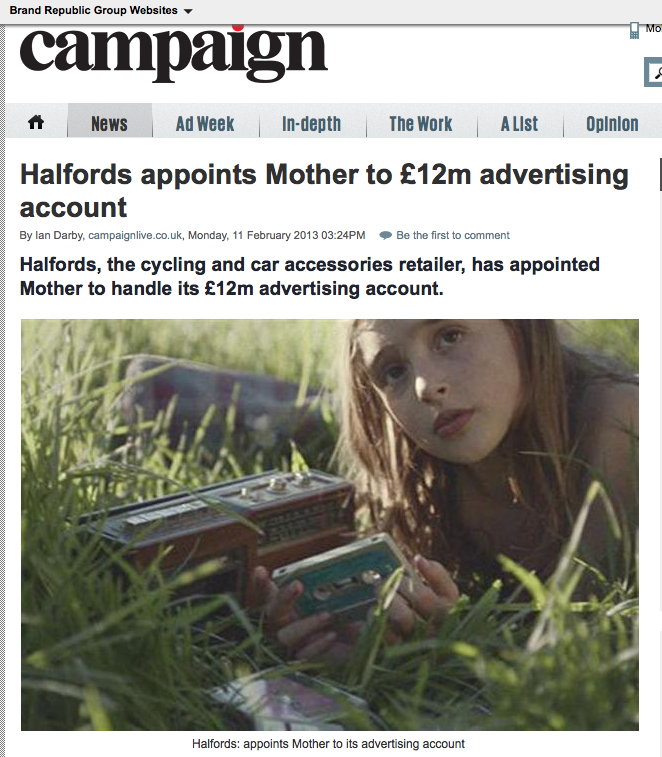 Surely a tiny percentage of this should be allocated to professional review management?

Hotels and TripAdvisor - the bottom line

This post was prompted by a recent article (title above - no names...) that gave advice to hoteliers about how to manage their presence on TripAdvisor. It contained statements that we see repeated every day, statements that make sense until you know how people really behave in relation to reviews.

That's what we do for a living: review management. And nothing else. So here are our comments on the points (somewhat bizarrely there were at least five) made.
There is a way, a much better way...

Invite all your guests to post through Dialogue: every single one. That way you will cover all the bases, your happy guests will tell you (and your future guests) just how happy they are. Then...

Manage any negatives in private: Your less than perfectly happy guests will respond in private, and you will be able to address whatever issues they raise (again, in private), leaving them reassured, very unlikely to post anything negative on a public site and much more likely to stay again.

Here is a selection of relevant articles (from amongst the 200-odd we've published in the last five years):

Results: Hosting reviews on your own website will increase direct bookings and dramatically reduce bounce to TripAdvisor and the other OTAs.
TripAdvisor: The simplest aspect of Dialogue: any hotel, in any location will get more great reviews and far less (at least 75% less, possibly nil) negative reviews. The impact of this on your rankings and scores will be immediate and sustained.
Google: It is a mistake to ignore Google, they are the 'gatekeeper' for anyone searching for a room, and their reviews are set to become more influential by the day.
And finally:

We are delighted to announce that Winkworth have chosen HelpHound as their dedicated review managers. Over the coming weeks you will see more and more modules appearing on their office microsites:


Over the past months we have worked very closely with Winkworth at both franchisor and office levels to ensure that Dialogue works both functionally and visually exactly as they wanted.

This is just the start of what we are sure will be a very successful (and profitable) exercise for their offices, enabling them to promote their strengths and expertise through the voices of those best placed to comment: their clients.

Far too many businesses are running a massive risk with their reputations by ignoring Google. Here we look into the issues raised by Google scores and our suggested solutions.

We should say straight away that we are fully aware why businesses are adopting this 'denial': it is because they are rightly fearful of unwittingly inviting harmful negative reviews. With Dialogue that 'fear' is taken away, so we can now relax and look at the implications of scoring less than 4.0 on Google.

But before we do that, look at your business's G+ page and see how many people would have seen your reviews - assuming, of course, that you have any: 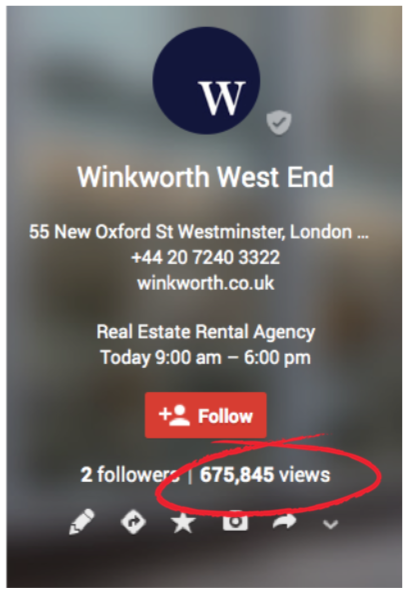 The number circled shows how many times the information contained in the business's G+ ('Google My Business') listing has been seen in search. Look at yours and then ask yourself 'Wouldn't it have been great if all those people had seen great reviews of our business?' and, if you already have a negative review, do you want that number of people seeing it?

For a multitude of reasons your business must score 4.0 or more on Google. Anything less means that your business will look unattractive to potential customers (would you do business with a business that was scored 3.9 out of 5 or less by its own customers?). Even a score averaging 4.0 will almost certainly contain some off-putting reviews (if you have 20 reviews averaging 4.0 it is unlikely that they all score 4, and before you say 'the odd negative adds credibility' - read this).

What happens if:
First and foremost: your business will look less and less engaged as your competitors garner more and more reviews. You run a significant risk of dropping out of Google's local seven results. Look at the big screenshot below: what does the business without reviews look like to you? A business without customers?
It will not make that much difference initially (bear in mind that Google only gives - and shows - a star rating and average score when five reviews have been written), but it will mean that your maximum score when you are eligible for a star rating will be 4.0 (one 1* and four 5*s). Anything less and you will immediately be looking at a score starting with a 3 (at best). On top of that a negative review validates other negative opinions: someone just thinking about writing a negative review can be given the confidence to do so by seeing another negative has already been posted.
This means a real uphill struggle (best score with two 1*s is 3.4 - two 1*s and three 5*s). To put this in perspective, to climb back to just 4.0 from there will take three more 5 star reviews but no number of 4* reviews will ever get you there.

Let's take a reasonable supposition: you embark on positive review management and twenty customers write reviews, two thirds 4* and a third 5* - what is you score now? Just 4.1.

In this example the business needs to take immediate and sustained remedial action. They have seven 1* and two 2* reviews. It will take nearly thirty 5* reviews to take their score over the critical 4.0.

Put simply: bad reviews hurt your score, and bad scores can really hurt your business (after all, the reason Google puts them there in the first place is to help its users choose the right business). And once you have a number of 1 and 2* reviews you don't just have to stop getting those, you have to start getting 5* reviews in serious volume.

Here's a good example of varying Google results (we have used the search [hotel] in [Penzance]): 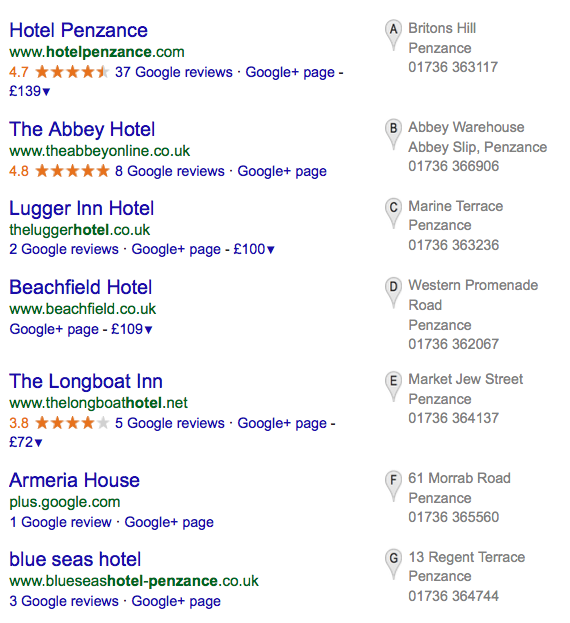 From the top:
We suspect that part of the answer to this is that they have been blinded by TripAdvisor. But with Google reviews being shown first in every search, don't they warrant that minimal effort?

We strongly advise all our clients to respond to every review, positive or negative - but use the mechanism Google provides - in a timely fashion - rather than giving their own business a 5* review to rebalance its score! 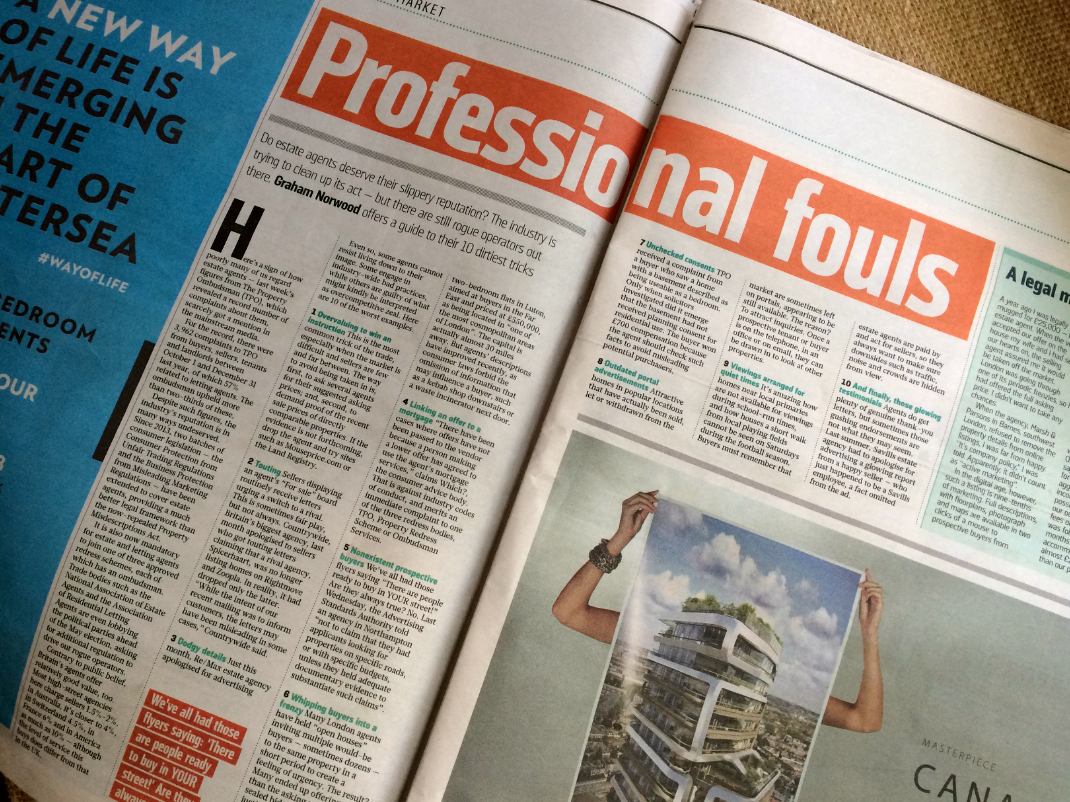 What do estate agents need to do to rise above this kind of article? Given that the profession as a whole does not look like it will be taking action any time soon, it has to be down to each agency to find its own solution.

It's that world again! And for good reason. If your business is a 'good apple' and finds itself constantly tainted by the practices of the 'bad apples' it is no good ploughing ahead as if nothing was happening. Action needs to be taken.

And Dialogue is here to do just that. Dialogue does not work for bad apples. There are features built in to Dialogue they don't like: the open invitation for any client to write a review at any time and especially the 'promise to publish' at the end of the review process are just two.

And it's those very same features that make Dialogue work so well for great agents. Their clients love them and feel reassured by them. More important than that: their prospective clients can see that they're not 'bad apples' straight away, and in a way that even the slickest website or cleverest salesperson cannot imitate.

For 'testimonials' that are what they seem: Dialogue. Enabling great agencies to differentiate themselves, first, last and every time.