Deflection - it's becoming an epidemic

Let us define 'Deflection': it is what happens when a business invites its customers to post their opinions on a review site instead of Google, it is as simple as that.

Added to that: businesses that ignore the CMA regulations (that state that if a business invites reviews from any of its customers you must enable all its customers to write a review) by not inviting customers they know to be unhappy with the service they have received are leaving those customers with only one option - to express their dissatisfaction by posting a one star review to Google.

It is probably best illustrated with real-life examples (we are using estate agency here, because the 'deflection' is so marked with them, but the principle applies across the board, whatever the business)...

Here is one that is rapidly attaining mythical status: 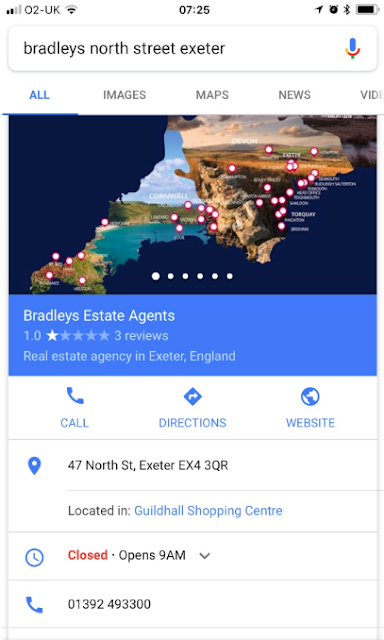 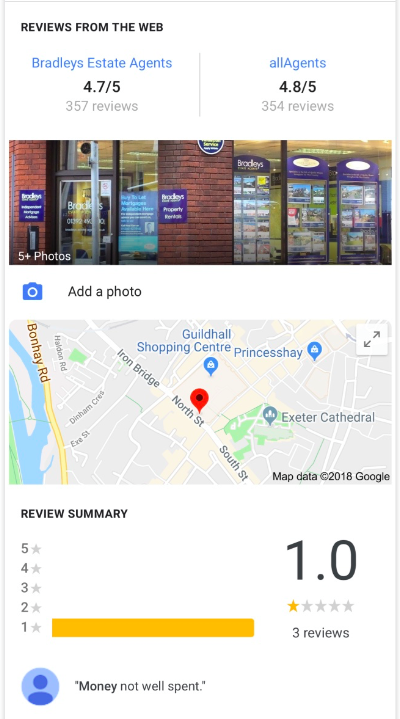 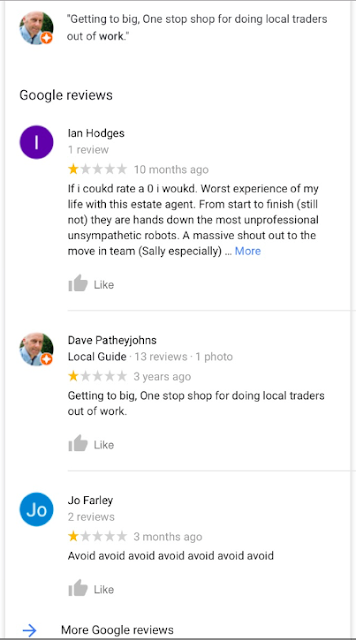 If you look closely (and how many searchers do that these days?) you will see that this business is rated 4.7 (or 4.8) out of 5 on an - unspecified - reviews site (it is actually allAgents.co.uk). BUT 1.0 on Google - which is not only displaying that score in the business's header, but prominently displaying it again when the potential customer scrolls down and reinforcing that negative impression with both rich snippets and the reviews themselves.

What we have here is an example of three of the business's dissatisfied customers completely dominating the impression of that business in search.

Why has this happened? What follows is an educated guess - but a highly educated guess nonetheless. Bradleys joined allAgents.co.uk way back at the end of 2012 - long before Google reviews were a viable solution for businesses. They put a massive effort into becoming the dominant business in their local area on that site - and have succeeded in spades.

Then Google came along. What should have happened then? Well, at some stage Bradleys should have realised that they needed to reassess their reviews strategy. 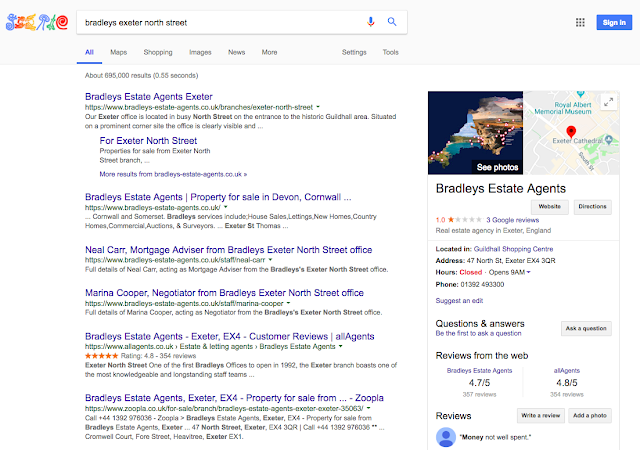 The same search, but this time on desktop (less than 30% of search these days): the reviews site is showing, but Google is a) so much more prominent and b) has name/brand awareness out of all proportion to the reviews site (note: both scores under 'Reviews from the web' in the Google knowledge panel are derived from the reviews site; the disparity is caused by a time-lag in Google retrieving the score from the business's own website).

Why didn't they/haven't they? We don't know, but we guess (again) that there is a marked reluctance among management and staff to abandon a solution that they have put so much effort into, combined with loyalty to a business relationship that has lasted over five years. One thing is absolutely certain: our advice would be to refocus all their efforts on Google.

Another business and another reviews site... 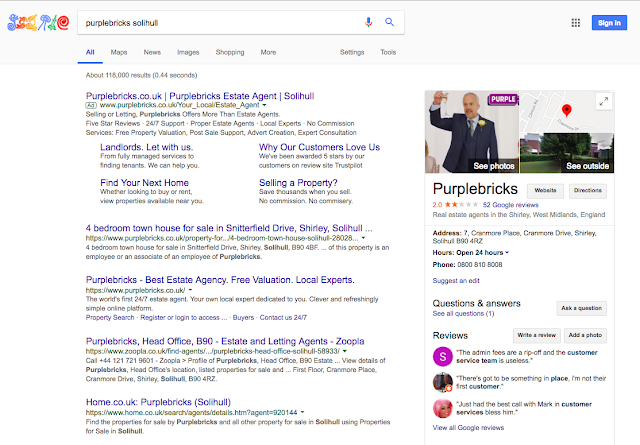 ...and, just for good measure (and to show that we are not picking on any one site)... 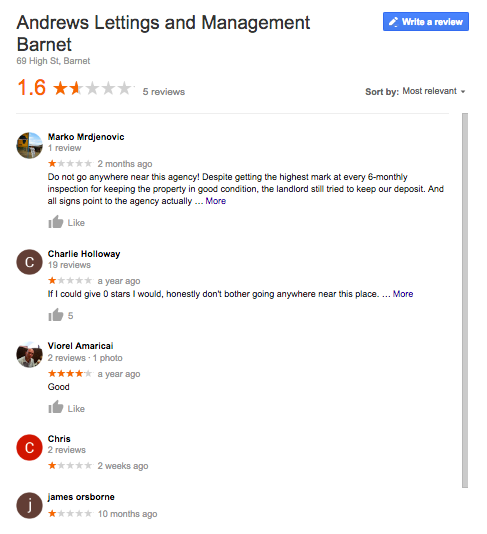 So why do businesses continue to use reviews sites?

The reasons are many and various, but none of them are valid in 2018...
And the final clincher? Reviews sites have sales forces and Google doesn't (not for reviews anyway)! 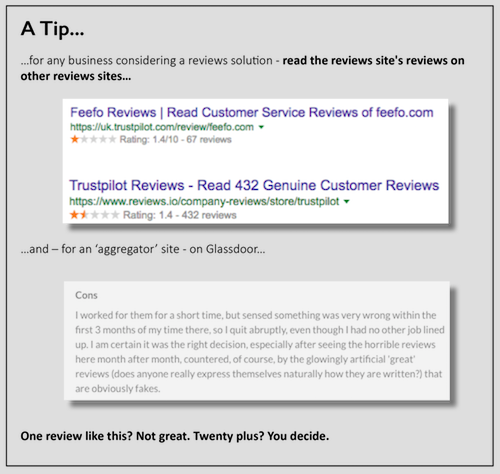 An important note on compliance...

Before you rush headlong into getting your 'happy' clients to post a review to Google please bear in mind the compliance issues of adopting such a strategy. It is in direct contravention of the CMA's core regulations - and those have the force of law. We meet with businesses every day that say 'it can't do any harm' or 'we had to protect our reputation' and even 'we won't leave a paper trail' (as if the regulators are that naive - they rely most heavily of all, we are reliably informed, on whistle-blowers - disgruntled ex-staff and competitors in the main).