Awards - don't be tempted down a blind alley

When we blogged about a client winning at this year's ESTAS - awards for the estate agency industry - we should have predicted the reaction from clients from other walks of life: a resounding 'What?' as in 'What are the ESTAS?' and 'What is their relevance to ordinary members of the public?'

It prompted us to mine a bit deeper. We looked at two things - did the public know about the ESTAS? Was there any 'brand recognition'? And how were agents using their ESTAS 'wins' in their marketing?

Why is this important? It's important because going all out to win an award based on reviews can deflect (that word again!) a business from the main task in hand: looking great where it matters - on the business's own website and on Google.

Here is just one example (and we did not have to look far to find it): 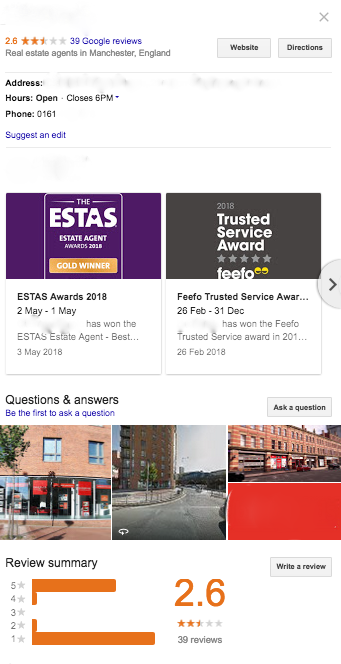 Consumers are being presented with three choices here: Google reviews, reviews from a reviews website and an industry award. Which holds the trump card?


This needs looking at in some detail. What can we see in this Google knowledge panel? From the top...

The business's Google score - 2.6 - linking direct to their Google reviews... 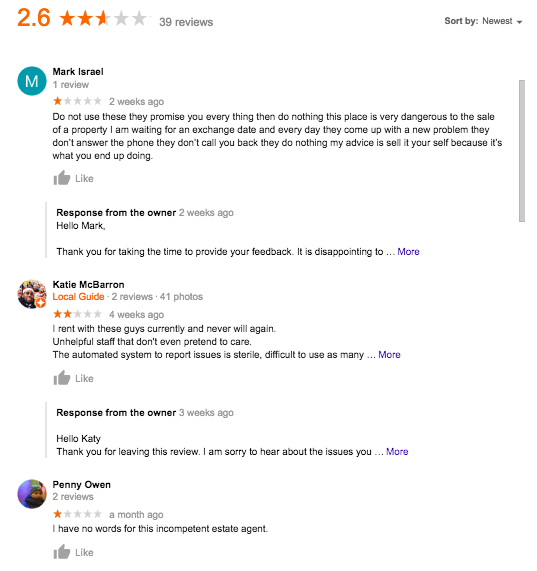 So what has happened? A shift of focus is what has happened. Away from Google towards the independent reviews site (Feefo) and the ESTAS. The business has sacrificed its image on Google for an award that most (all?) consumers don't recognise. 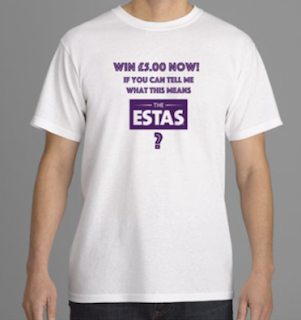 Try wearing this for a day (we are sure you get the point).

Don't recognise? Seriously - ask your customers: 'Have you heard of the ESTAS?' or 'What are the ESTAS?'. We have, and the answer is that no-one, literally no-one, outside estate agency, has heard of the ESTAS or knows what they are. As we know from the recent Rightmove survey, Feefo has only 2% brand recognition, so any guesses for percentage penetration for the ESTAS? 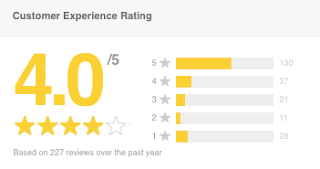 All this would be just fine if the businesses in question had not taken their eyes off Google in order to target the award. But the screenshot you see above shows they have done just that - and six out of seven of their recent Google reviews rate them just one or two stars. The impact on their Google score - the benchmark by which they are judged by any dispassionate potential customer - has been nothing short of disastrous.


What should this business - and businesses like it - be doing?

Focussing on Google and their own websites. If you look at any HelpHound client you will see reviews where they have the greatest impact...

the star rating at top left, score (4.9) and number of reviews (99) relate to the reviews on the business's own website 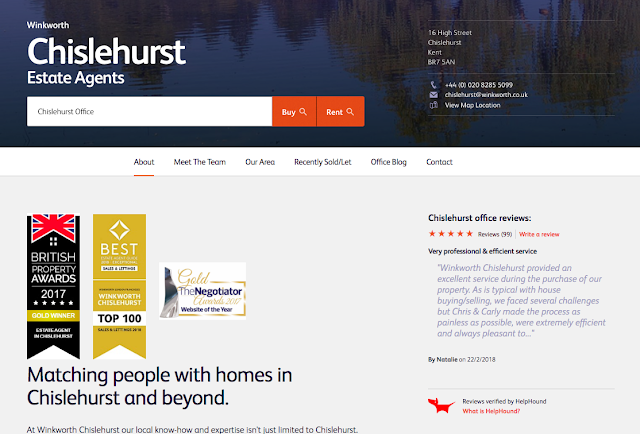 ...and note that adopting professional review management has not meant 'no awards' - far from it - but it has meant the business has not had to sacrifice its image where it matters most to win those awards.