A professional business with more than a handful of Google reviews? Almost certainly breaking the law.

Let us be crystal clear here - because this is a very serious subject. We are not talking restaurants or hotels or any 'well-reviewed' type of business. We are speaking of what are commonly called 'the professions'. For clarity we provide a pretty full, but far from exhaustive, list here...

The exception to the 'more than a handful' rule is the business that has attracted multiple negative reviews on Google. Here is an example: 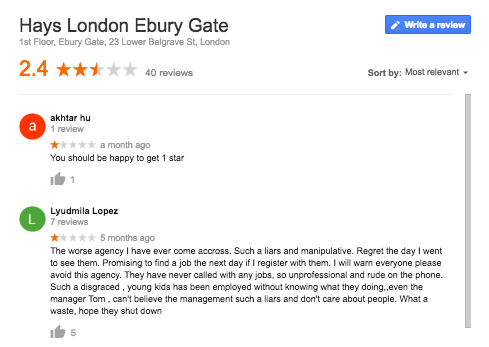 And a sample review: 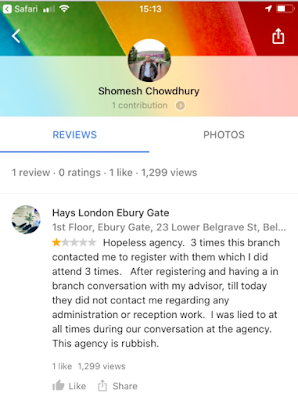 Now we make no comment on either the star rating or the content of this review. How could we? We know neither the business nor the reviewer. But we can comment on the impact this review is having: it has been viewed nearly 1300 times.

So this business has forty reviews, but is, as far as we can see, not breaking the law (it only has two five-star reviews (and a smattering of five-star ratings). How so? Because it has done nothing to address the negative impression that is being shown in every Google search. If it had, and had proactively invited 'happy' customers to post reviews, simply in an attempt to redress the balance, it would have been in breach of one of the CMA's core regulations. It would have broken the law.

So - onto those that are breaking the law. The 'more than a handful' businesses. Here's one, and we will look at it in some detail so you will be left in no doubt that something is amiss. 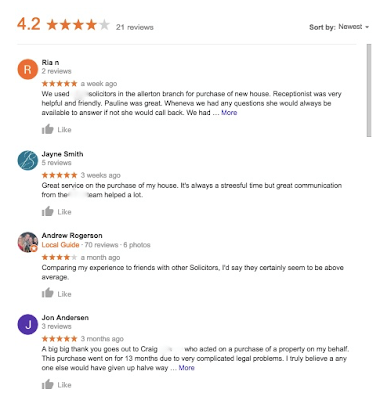 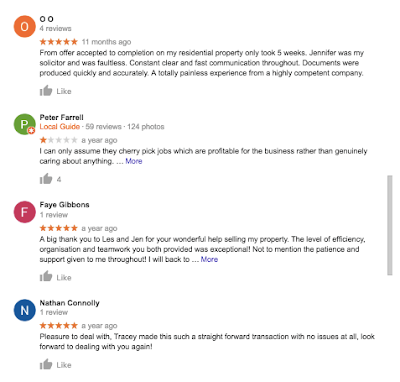 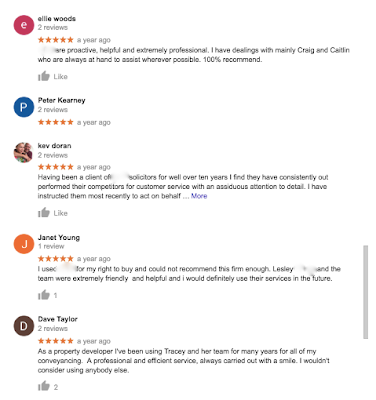 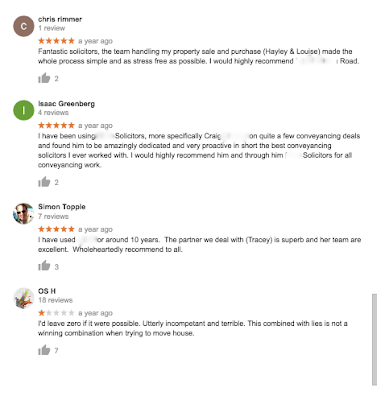 As you can see, there are twenty-one reviews in total. Sixteen of those rate the business five stars out of five, one at four stars and four at one star.

And the order those reviews were written in? The first was a one-star, the next ten were five-star reviews, then the second one-star, then another five, then two one-stars, then seven five-stars.

What does this pattern tell us? As review management professionals with years of experience under our belts it tells us that the business was upset to receive that first one star review and so it asked ten clients that it knew were fairly certain to write a five star review to do so (it may well have asked more, but ten ended up writing reviews). After the second two one-star reviews it repeated the exercise, this time making sure to keep the reviews coming on a regular basis.

Note: for anyone thinking that the four negative reviews of this business 'don't matter' they should be aware that they have been viewed over four thousand times.*

*If you would like to know how to find the total number of views for any single Google review please read this.

What this business almost certainly does not know...

Is that it is breaking the law. That's why we have given them the benefit of the doubt and kept its identity to ourselves. And after all: there's an outside chance they could be inviting every single one of their clients to write a review in spite of only getting these twenty-one in the last year.

What should this business do now?

There's no winding the clock back, but they should take immediate action to become compliant with the CMA's regulations.

This will involve adopting one of the following courses of action...
Option 1. may be the best short-term solution. It will, at the very least, make the business currently complaint while it seeks out a long-term solution.

Option 2. will make the business compliant with CMA regulations, but will also expose it to factually inaccurate and potentially misleading reviews, as well as denying the business significant SEO benefits.

Option 3. will give the business the best of both worlds: they will be able to engage with reviews - on their own website and on Google - safe in the knowledge that unfair reviews will be very unlikely to see the light of day and that they are complying with the CMA regulations. On top of that they will look great in all types of search, simply because Google rewards businesses that host their own reviews on their own websites.

Whatever your business's current situation, we would encourage you to to contact us; at the very least you will know for certain what compliance issues, if any, you are facing.