Trust - the cornerstone of Reviews

We were speaking to the CEO of a large and well-respected web design business recently when he referred to one of the mass-market review sites as 'That 9.7 site'. What did he mean by that? He went on to say 'I have never come across a client of theirs who looks bad on the web - the same with the 5* brigade.'

What did he mean?

He meant that credibility - and trust - were the cornerstones of any review strategy, and that he would not recommend any such strategy to his clients unless he could be convinced that it passed those two tests. 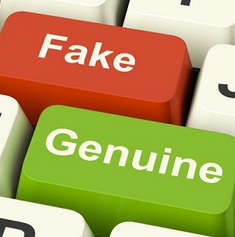 We all hear stories, from friends and colleagues, about 'fake reviews', so let's take a moment to look at the various kinds of fake review:
Now let's look at what the various sites do to combat these:

Amazon: if a business employs an outside agency to 'puff' its products on Amazon, Amazon will sue. Amazon says that, since early 2015, it has sued over 1,000 people who posted fake reviews for cash. Now, the company is going after the retailers themselves. Amazon said that it intends to eliminate incentives for sellers to buy fake reviews for their products.

Yelp: Yelp claims its review filter eliminates [some] fake reviews. Unfortunately, because Yelp guards its filter algorithm more closely than Coca Cola guards the recipe for Coke it makes it difficult for any outside agency to comment on its efficacy. All we do know is that businesses that make the news almost always get flamed/trolled. Here is an example - of a small business that complained to Yelp about what they considered to be an unfair review - other Yelpers from across the country piled in and wrote one-star reviews of a business they had never used.

TripAdvisor: TripAdvisor makes no bones - it advises users to read reviews with caution. The Sunday Times - no fan of TripAdvisor since it set up its own fake hotel many years back (and got it into the top ranked hotels in London) constantly runs exposes like this. TripAdvisor does operate a 'red flag' system for hotels that it considers are writing their own reviews, but it is rarely used. It is possible to contest negative reviews if they contravene TripAdvisor's T&Cs - we have a great track record of appealing unfair negatives on behalf of our clients.

The smaller independent review sites: One of the simplest systems used by the smaller independent sites is the 'invitation only' review. This works well for products - the consumer can be sure that the reviewer purchased the product in question, but has two drawbacks: the review is only written within days of purchase, when the shoes/shirt/kettle are shiny and new and a disproportionate amount of reviews are actually reviewing the delivery service not the product. Five stars are awarded because the product arrived the next day, one star because it arrived late. This system - which we call 'closed' - also works well for a hotel site like Booking.com, where the product and service have been consumed or used before the reviewer is asked to write their review, less well for ongoing services where a consumer's opinion may change over time.

Now for the big daddy of them all - Google:

Google reviews are important for both business and consumer because they are invariably the first (and often the only) reviews the consumer will read. In the early days - remember Google places? - anyone could write a review (or even just leave a star rating) of any business, whether they had used it or not. Thankfully those days were put firmly in the past when Google dovetailed Google Places (and Maps) withe Google Plus (G+) and Google for Business. Now a Google review must be attached to a defined Google user. That does not mean that it's no longer possible to leave a fake review, but it means that anyone doing so must jump through quite a few hoops, and, probably most important of all, leave an online trail that will either identify themselves to Google as a malicious reviewer or as connected with the business. We have several cases on file at HelpHound where we have been able to prove that a (negative) review was written by a competitor or a (positive) review was written by someone connected to the business. But that is the key: they are identifiable and appealable.

Here is the story - that reached the national press - of a malicious Google review where we conducted a successful appeal on behalf of the business.

The $64,000 question for us and everyone who relies on us - both our clients and their customers.

If we take a quick look at the HelpHound process:
How does this prevent a fake review being published? In one of two ways: if the review falls under 4. above the reviewer will be contacted by the business - this immediately eliminates fake negative reviews. If the review is positive, it could, in theory, have been 'seeded' by the business (the business could have emailed a 'tame' reviewer who would then pose as a client and write a glowing review). But remember that HelpHound:
This latter point bears further examination; some have asked 'Why two strikes, why not just one?" The answer is simple: we understand human nature - and there is sometimes a fine line between enthusiasm and outright fraud. We have seen cases, admittedly not many, where employees of client businesses have written positive reviews in what they considered to be good faith: they had bought or used their employers product or service. We have a firm rule that states that in this instance the employee must indentify themselves as such in the body of the review and, if that review impacts on their employer's overall score, it will be discounted.

We have seen an example of an independent review site where the site requires proof-of-purchase before they will publish a review, but we discounted this as, besides placing a heavy administrative burden on the reviewer, it eliminates what we call 'collateral customers' - those who have used a service without being the person directly paying for it: guests at a wedding or a dinner at a restaurant,

It would, however, be perfectly possible for someone in no way connected with either
HelpHound or our client business to write a positive review, but - we ask ourselves - why would they?

So: back to the original point: credibility and trust 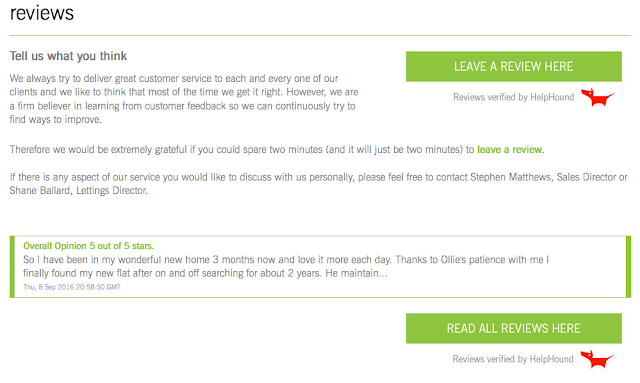 We believe that a HelpHound verified review has as much credibility as any review on the web today, and more than most. 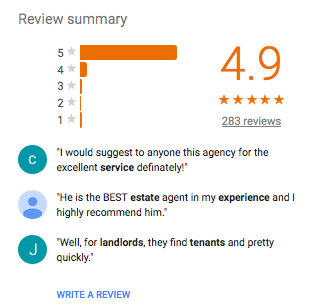 We believe that Google reviews have credibility in the eyes of the overwhelming majority of consumers, which is just as well, because they are the reviews that every consumer sees in every search, whether or not they are actively looking for reviews. But without someone like HelpHound acting to make sure that inaccurate and/or misleading reviews don't make it that far, the credibility of Google reviews is diminished. HelpHound + Google = credible and trustworthy reviews where businesses, consumers and Google need them most - on the business's own website and on Google.