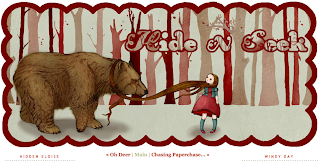 'The artist in question is HiddenEloise, a British independent artist who sells artwork via Etsy and other independent online stores. Discovering that Paperchase had allegedly stolen and "badly traced" one of her unique designs, she contacted the stationery company to ask for the artwork to be removed from their shops and Amazon. Not only has Paperchase ignored her, but it is now selling even more products featuring the plagiarised artwork.'
Realising that contacting the lawyers would result in astronomically high legal fees that she simply couldn't afford ($40,000 for court expenses), HiddenEloise instead took to her blog, accusing Paperchase of plagiarism, and asking readers to contact the stationery firm directly.
This blog post was subsequently tweeted by the English science fiction author, Neil Gaiman. With his approximately 1.5 million followers, it's unsurprising that the story was quickly gathered momentum on Twitter and was subsequently retweeted thousands of of times. It is now one of Twitter's top 10 trending topics, which spells trouble for Paperchase.   More
Play the Hidden Eloise video here
Posted by HelpHound at 14:41