Reviews - a guide for consumers

Some businesspeople reading this may wonder what an article directed at their customers is doing here. The answer is pretty straightforward: to understand how review management works in any depth it is vitally important to understand how consumers view and interact with reviews. It is also sometimes useful to have a ready response to the question 'Why should I do as you ask [and post a review to your website/Google]?'.

To begin with, let us take a brief look at the evolution of online reviews. In the days before the web consumers had three main resources when it came to identifying the right service or product for their needs:

And one smaller one:
This all changed with the advent of what generally became known as Web 2.0. Web 2.0 was the nickname given to the interactive web, led by forums and evolving into social media - where the web moved from enabling businesses to simply offer their wares and services to consumers interacting with those businesses through their websites and other sites independent of the businesses.
Early examples
One obvious example, known to us all, is TripAdvisor. Founded as an online travel agency pure-and-simple, TripAdvisor stumbled upon the power of reviews almost by accident: here's TripAdvisor's founder, Steve Kaufer, in a BBC interview back in 2014...
"We started as a site where we were focused more on those official words from guidebooks or newspapers or magazines. We also had a button in the very beginning that said, 'Visitors add your own review', and boy, did that just take off."
Even more review-focussed from day one was Angie's List. Founded pre-web as a simple list of local building contractors, its evolution into a sort of Which? for US consumers - with about the same market penetration - has been driven by reviews attached to each listing.
Then came the first of the all-encompassing - in theory at least - sites: Yelp! Yelp aimed to be a one-stop site for consumers requiring peer reviews of businesses.
All three had their drawbacks:
Product reviews
While all this US activity had centred mainly around service businesses, from hotels to pizza parlours, in 2007 a Danish entrepreneur noticed a gap in the market: product reviews. Along came...
So what now?
You can see there is now - at least there was back in 2015 - a website catering for every consumer need for reviews. And that, in itself, was, besides being a solution, a part of the emerging problem: consumers - and businesses - were beginning to be confused by the variety of review solutions out there. Which to use when? Look at travel and hospitality alone:
Just examining the pros and cons of one of these would take up a whole article - and often has (see 'Further reading' below)!
But then, thankfully for all concerned, along came a business with the reach and the resources to cover virtually the whole spectrum, and for free. And the name of that 'Johnnie come lately'? Google.
Google enters the reviews sphere
Google, as is its habit, tiptoed into the world of reviews, first via the now-defunct Google Places and then Google Maps. When they were confident they had their offering right they brought it right forward into the prominent place in all Google searches it maintains to this day.
What did Google get so right?

1.  By its very nature: coverage. There isn't a business in the free world that isn't listed on Google. Google hosts reviews of all businesses. Near you. Or anywhere on earth.
2.  Visibility: Google is the gatekeeper. Everyone has to go through Google, so everyone sees Google reviews. Back in 2017 Rightmove conducted a survey on behalf of estate agents and asked respondents about reviews, here is the result...

..and we're betting the Google figure would be far higher if they conducted the same survey again today.

3.  Credibility: one of the main stumbling blocks of other reviews sites is the ability - for businesses and consumers alike - to be confident that their reviews are being written by genuine customers of the business concerned. Google has a huge advantage here, and one it is yet to make real capital of, it knows where the reviewer has been, what they have searched for and, almost always, who they work for, as well as a plethora of other information.

Google reviews, for that reason alone, invariably win for credibility. They can be trusted - and they are. That doesn't mean that there are not some very 'wrong' Google reviews out there (see 'Moderation' under 'Further reading' at the bottom of this article), but it does mean that Google knows who wrote them.

4.  Product reviews? Google have those covered too: for free (sorry, Trustpilot)

Now some 'tricks of the trade'

With reviews now being so critical for businesses (the Harvard Business Review has conducted extensive research directly correlating business flows with review scores), you will not be surprised to hear that some businesses will go to extreme lengths to ensure they look good. Here we will outline some of the most common wheezes - when we say 'wheezes' we are being polite, what we actually mean is 'deception' and 'illegality' - and show you how to spot them.

Another cherry-picking giveaway is the pattern of the business's reviews. Does it reflect the volume you would expect? Or is it 'lumpy' - many reviews one month and none the next.

So: our advice to consumers 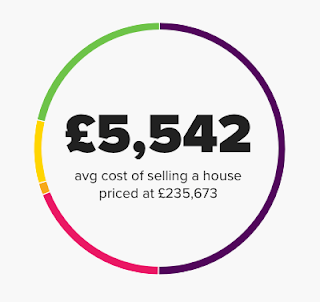 Use Google. When you are considering using any business whatsoever, but especially high-value service businesses where a wrong choice could cost you thousands - financial and legal services, medical and health services, estate agency and the like.

Read the actual reviews themselves. So many consumers see a headline score - after all 4 out of 5 is OK, isn't it? NO! 4 out of 5 means that twenty percent of that business's customers rate the business 1 out of 5, and, given that you cannot rate a business less than one..!

Question the business about its negative reviews. Read its responses to those reviews.

If the business has few - or even no - Google reviews, ask them why.

Be especially sceptical of any business that uses any other review mechanism. Ask them why they use [Trustpilot/Yelp/Feefo...]. And ask them why they do not use Google - it's free, after all, and they will be paying the others.

Isn't this all a bit long-winded?

Yes - if you're buying a pizza. But not if you're choosing an oncologist or an estate agent. where the former may be a case of life and death and where you will be paying tens of thousands in fees to the latter.

Where does HelpHound fit into this scheme of things?

A typical HelpHound client's homepage: the 'Write a review' button at top right enables anyone - anyone at all - to write a review whenever they choose to do so, the button to its left enables anyone wishing to read all of the business's reviews to do so, instantly. This gives the business's reviews credibility which, when combined with the ensuing automatic invitation to copy the review to Google, is as absolute as can possibly be. We can confidently - and proudly - say there is no superior solution to reviews in the third decade of the 21st century than this.

HelpHound began life as a review site, but we soon realised that we could add far more value, for both businesses and consumers, if we became an intermediary; providing advice and moderation to businesses and the ensuing really high-quality reviews for consumers.

This meant that we were ideally placed when Google entered the marketplace: we could recommend Google reviews wholeheartedly to our business customers while they learned very quickly to value our service as moderators. All our business clients' invite the reviews you see displayed on their website using our software - and this enables our moderators to check every review for factual inaccuracies and potentially misleading comments pre-publication.

This service is vital if reviews are to add value for both business and consumer. And we are happy to say it has proved itself and continues to prove itself day-by-day. As a consumer, you can be sure that a HelpHound's client's reviews - whether on their own website or on Google - are a true reflection of the business you are considering.