Reviews - the future - and some questions for Google (and Facebook)

So much of business's planning in relation to reviews currently ignores 'future-proofing'. Understandably businesses want to see quick results (and this will happen) but all too often the wrong long-term strategy is adopted, resulting in unwelcome changes of direction. In this article we will shine a light into the future by making some predictions based on our experience and professional knowledge, combined with little common [business] sense. On top of that we will highlight flaws in current reviews mechanisms, so you will be able to approach crucial decisions about review management for your business with 'eyes wide open'.

But before we go on to do that we will establish just where we are now...

There are three main forces in the world of reviews today...


We intentionally avoided numbering this list 1, 2 and 3. Read on and you will see why.

The reviews websites will wither and die, not all of a sudden - they have far too much capital behind them (Yelp currently has a market capitalisation of over $3bn, but just look at the trajectory of its share price since Google entered the reviews market: Trading at under half its all-time-high of $100 back in 2014) - just like Yellow Pages, steam trains and canals before them, they will be gradually replaced by more efficient alternatives.

They are already being replaced by Google - consumers don't want to visit a different site for each and every discreet need - they just want to 'google', and there is a very good reason 'to google' is an established verb in every language on the planet and 'to yelp' or to 'trustpilot' in not.

Those alternatives? Currently it is impossible to see past Google and Facebook. Why? It is simple really: [almost] everyone visits Google multiple times a day (and Facebook, to a greater or lesser extent). How many times did you visit Yelp, the biggest 'general' reviews site on the planet, to find a business last month? Exactly. At present you are many times more likely to visit Google to find a business than you are Facebook, but, depending on just how nimble Facebook is, that may change in future.

But Google will not - and must not - stand still 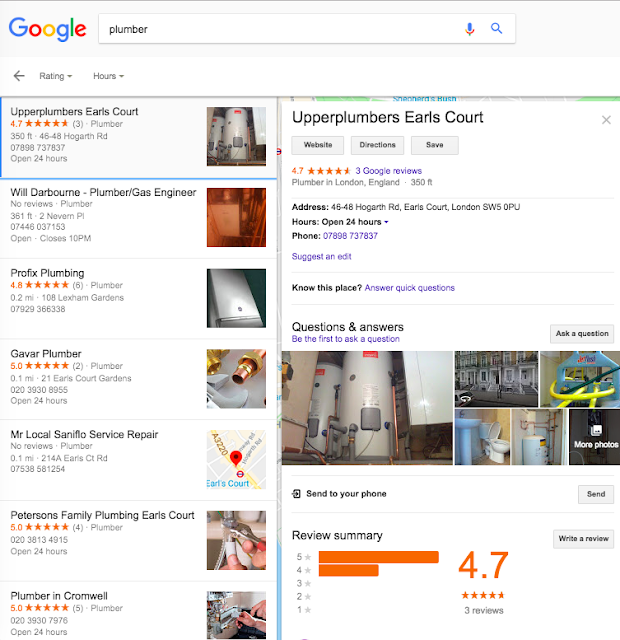 What does everyone see when they search? Google reviews - and that's why it is so important that they can be relied upon.


Consumers rely - more with every day that passes - on Google reviews. So Google must make those reviews as reliable as it can.

There are still many issues to be addressed with reviews in general and Google reviews in particular. We have tracked every detail of Google's evolution with reviews over the last eight years and they have come a long way, but here is our shopping list of things they will need to address if they are to maintain the lead they currently have...

Consumers increasingly simply refer to a business's Google score - a healthy 4.7 here - before deciding to make contact with a business, so it is critically important that this score fairly reflects the business under consideration - and that it has not been manipulated in either direction by the business or other agencies (a competitor, for example)

This review was published on Google. It's impact? The hotel's bookings dried up completely. Luckily HelpHound spotted the story in the national press and stepped in to help the business appeal the review with Google, successfully. But think how you would feel is your business received a review like this. Read the full story here. 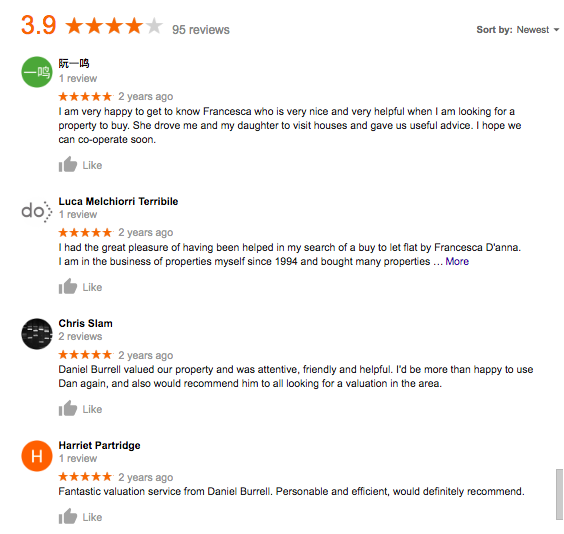 This review - strictly a 'rating' (but a rating currently has an equivalent impact on a business's Google score) - currently contravenes none of Google's T&Cs. Despite the fact that it has been written by someone hiding behind a pseudonym and an avatar, it carries the same weight as one like this... 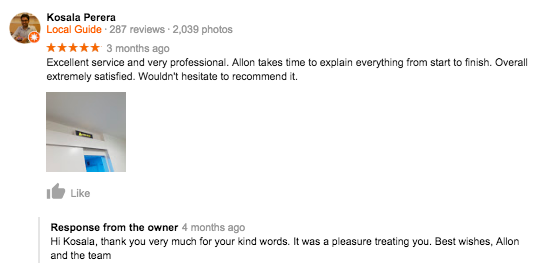 ...written by someone who has written over 200 reviews of other business and has used their 'real' name and a photograph of themselves. On top of that they are a Google Local Guide. But their review has been neutralises, for the purposes of the business's Google score, by Vintage Bluenote's rating. The business? An ophthalmic surgeon - would you want reviews of a surgeon you were considering using to be held to higher standards than those of a pair of shoes? Currently they are not. It goes without saying that at HelpHound we think they should be.

This function - 'Rating greater than [4.5]' is available to opt-in on desktop search. We believe it should be the default for any Google search. 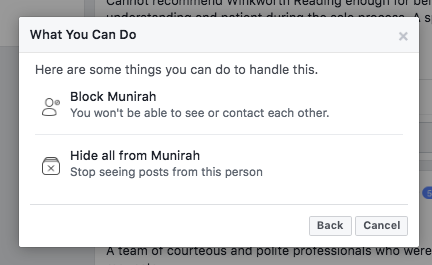 
In theory Facebook, with its overwhelming dominance in the social sphere (Google+ comes nowhere near its penetration), should be a major force in reviews. After all, who are consumers most likely to trust? A random selection of reviews by people they don't know or reviews by their friends?

But Facebook has a long way to go to become even as business-friendly as Google where reviews are concerned. The issue stems, we suspect, from a twofold issue...


What does this mean for business users of Facebook?

They have two options - enabling the reviews function or not. If the business is subject to what it considers to be an unfairly damaging review on Facebook they have (with a few exceptions) very little remedy aside from simply disabling the Facebook reviews function, thereby losing all their Facebook reviews. This is not a decision that should be taken lightly, as it may well be noticed by competitors and means losing not only all the business's past positive reviews, but all future ones as well.

It should review its review appeals procedure. It should allow businesses to make a case for inaccurate or potentially misleading reviews to be challenged. It should acknowledge the fact that most of its users also work for businesses, and those businesses are being unfairly harmed every day of the year by inaccurate, unfair and plain fraudulent reviews.

Google reviews are undoubtedly the most trusted reviews on the planet today, by such a large margin over reviews from the reviews sites we sometimes wonder why the latter persist, but - and this is a big 'BUT', Google need to take steps to protect that position, along the lines we have detailed in this article. Trust is critical if consumers are not to be misled - and lose confidence that once lost will be very hard to regain, and Google has it within its power to enhance that trust considerably. Watch this space for developments.