No-one can say the strategists at Google are not clever! For many years now Google has been so dominant in search that it has created potential issues for itself with the US government - and the EU. As Far back as 2011 Yelp were appealing to the US Senate saying that Google was giving unfair prominence to its own services in search. 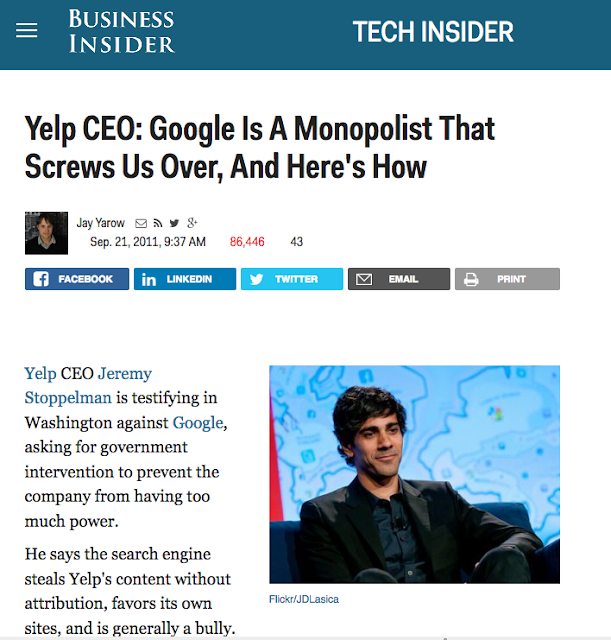 Jeremy has gone grey fighting Google since 2011 - a battle we don't want - or need - to involve our clients in.

So what has Google done? Well, it has included independent review sites in search, just not too prominently.

Here is their latest concession - can you spot it? 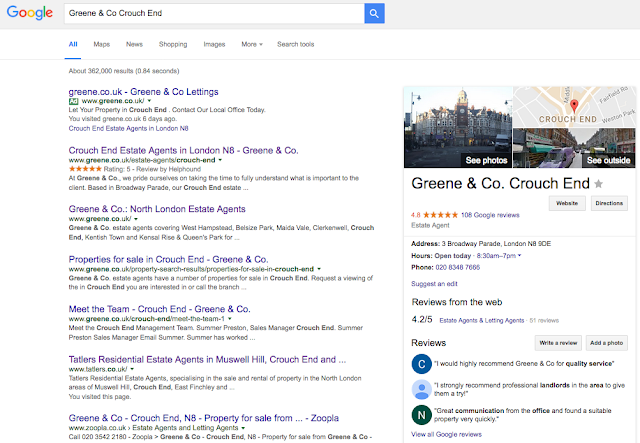 Most people will immediately see the two star ratings - and the number next to review score in the Knowledge Panel. They will also see - and read - the three rich snippets

Take a closer look at the Knowledge Panel: 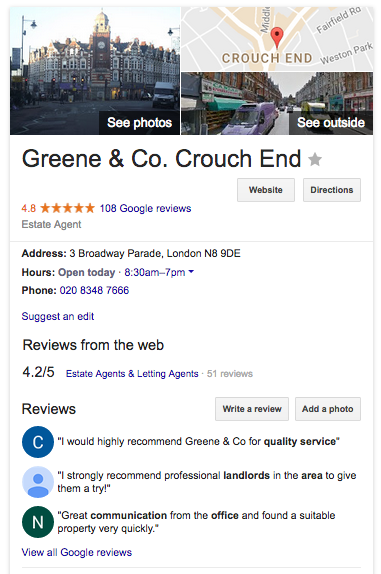 Now do you see the link to the independent site? Could Google have chosen to make it any less visible?

It's there again - sandwiched between Google's own score and star rating at the top and the expanded score and rich snippets below. The 'NEW' button makes it slightly more visible, if anything, but it won't be there for long, if other Google upgrades are a guide.

Just to be sure - in expanded mobile search (for a hotel this time): 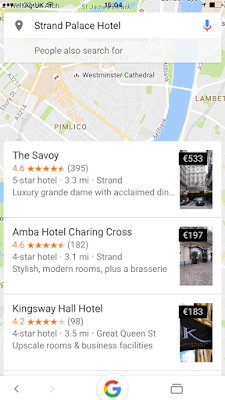 Nothing but Google reviews.

Lessons for us all:

Google will continue to do the bare minimum as long as independent review sites exist. But that will be all. The financial imperative at Google is to have us - and all our customers - using Google where possible (and justifiable to the authorities).

Don't expect independent sites to be given any more prominence any time soon. Get reviews to your website and to Google - where they have the power - and the credibility* - to drive business your way.

*Yelp is the biggest general review site on the planet - how many of your potential customers have heard of it? Not many? As we expected. Now some of the smaller independent review sites? Quite. You need the credibility of Google reviews to drive business.
Posted by HelpHound at 15:14