When will the world - the reviews sites themselves and the regulators (the CMA in the UK) -wake up to the damage done by fake reviews?

Regular readers will have lost count of the number of times we have written on this subject, and the articles go back nearly ten years. First, let us look at the points made by Which? and the BBC and TripAdvisor's responses. 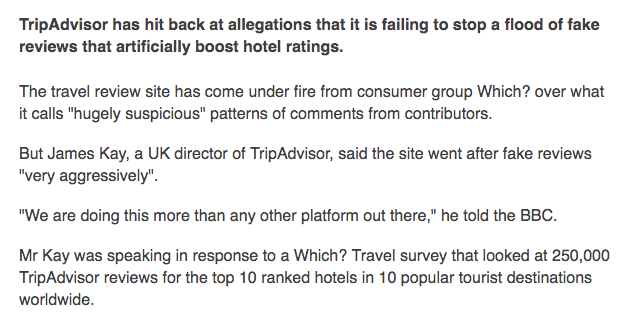 We look forward to seeing TripAdvisor take action - publicly visible action - against hotels that post fake reviews. Years ago they did do so, here is the 'red flag' notice they used... 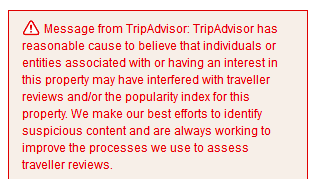 Surely the hotels that Which? identified in their investigation merit something similar, if only to warn consumers? After all, what are reviews for at the end of the day?

We would also like to see a thorough investigation by the CMA - and action taken.