All businesses should learn the lesson of Richer Sounds 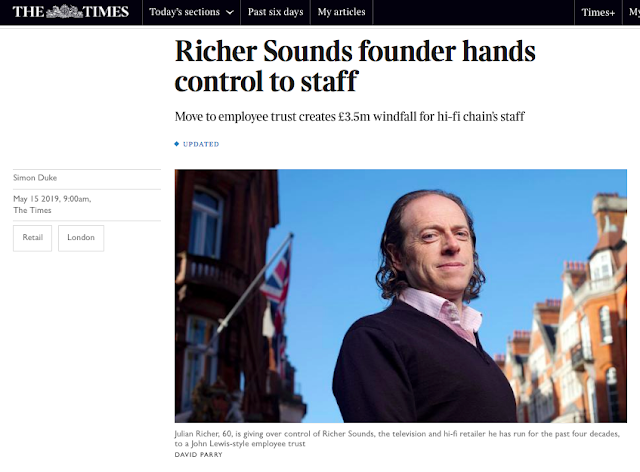 Here's a link to the full article for those who subscribe to the Times; when you have read our piece we suggest you ask a simple question: 'If Julian Richer were to see our business in a Google search, would he pick up the phone?'

Richer Sounds, founded in 1978 by Julian Richer, is notoriously one of the most profitable private businesses in the UK. Its original store under the arches at London Bridge station made the Guinness Book of World records for the 'highest sales per square foot of any shop in the world.

In an age of 'stack 'em high' and self-service check-outs Richer Sounds have taken on the likes of Comet and Dixons and won, and not just by a short head: they have thrived in a sector where just about every other business has suffered.

So what has been Julian Richer's secret? Nothing except customer service, owning his premises and reviews. 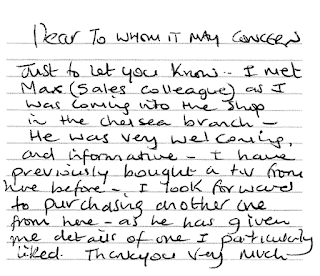 
Since before the advent of the web Richer Sounds' staff have been asking every single customer for feedback. When the web and reviews sites arrived Richer sounds were quick to adopt them; when it became obvious that Google reviews were where it's at, Richer Sounds began inviting customers to review them there.

And the result: from Chelsea to Cheltenham Richer sounds scores well and looks great. And in search: 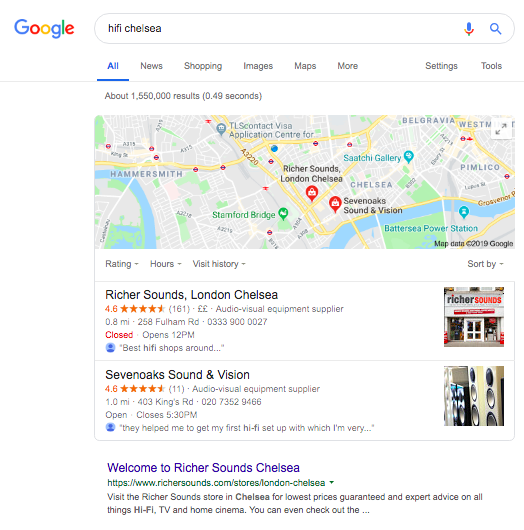 Dominant in both the 3-pack (map search) and leading organic search (bottom).

We have already mentioned that staff are encouraged to get reviews. Actually, Richer Sounds go further than that, and reward staff financially for getting reviews to Google (nothing at all wrong with that, as long as there is no cherry-picking or gating involved, which there is not at Richer sounds - it makes sound sense from every business perspective).


If Richer Sounds were to adopt HelpHound? Three things would happen...

1.  They - and their potential customers - would see stars and scores in organic searches, like this: 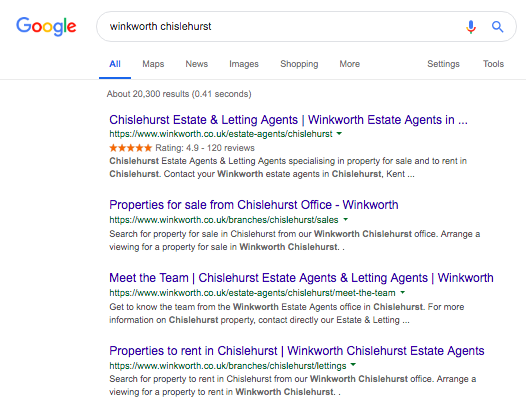 And this (competitive local search): 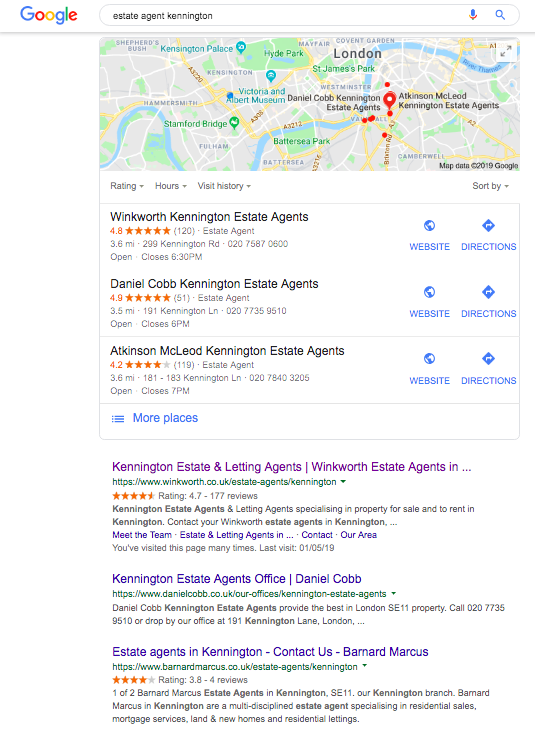 Above you see just three of the dozens of businesses in that location; the top three in a competitive local search - perhaps the most important search of all - which business would you rather your business looked like? The one that has no score or reviews? The one that has 4 reviews and is rated at 3.8 out of 5? Or the one that scores 4.7 from 177 reviews and appears in the map search?

2.  All their reviews would be moderated - to prevent misleading or factually inaccurate reviews being published.

3.  Their SEO would be reinforced. They would have an added 'kicker' for Google to include in their ranking algorithm, so, all being equal, they would rank higher for any given search, just like Winkworth above.

So why don't they?

They would be more than welcome, but, strictly speaking, they fall outside HelpHound's target marketplace. That marketplace? High-value complex transactional businesses and services such as the legal, accounting and medical professions, financial services and estate agency.

But that should not stop businesses in those areas from learning from Julian Richer's success: adopt a professional and proactive review management policy. Get reviews to your business's own website (for SEO, moderation and those who visit there) and to Google (for those searching for a great business to use).

Finally - a quick note on the legal/compliance aspects of reviews:

It is illegal - in the UK at least - to selectively invite customers to write reviews (or select which reviews the business publishes). So many businesses are currently exposing themselves to sanction by the Competition & Markets authority by doing just that, mostly because they know they need to look great on Google but don't understand there are ways of doing so in compliance with the law. This article is essential reading for any of you that are currently in that position.

For those readers who are not, but want to understand the positive impact - in hard cash terms - that review management will have on their businesses we recommend you read this case history.