Is yours one of the 92% of businesses that do not currently respond to online reviews? Read on...

In few areas of review management are so many benefits achieved for so little effort. And some of those benefits are not immediately obvious. Here we show you just what we mean, but first, let's look at how your potential customers consume reviews in the first place.

Consumers read reviews - a lot!
And the more serious the nature of the transaction or purchase, the more certain they are to read those reviews. That means that reviews of professional services: legal, financial, medical, and big-ticket: the likes of estate agency, for instance, where the consumer knows the wrong choice may cost them thousands, if not tens of thousands are far more likely to be read than reviews of everyday purchases.
Consumers trust reviews
It still comes as a surprise to some, but every survey ever conducted reinforces the contention that a good Google score - 4.5 upwards - and great quality reviews - not just the 'Great business' soundbite ones - drive business because they are trusted by a significant proportion of consumers.
Consumers read GOOGLE reviews
Google serves its own reviews in every search. We would go so far as to say that if Google reviews had existed when the likes of Yelp and Trustpilot began they would have given up and found something else to do.
Google reviews are also a major ingredient in local search SEO: your Google reviews count towards your search ranking. Google reviews should be the first priority in every business's review management strategy.

This little tab is clicked by everyone who reads reviews on Google
It's basic human nature. You know you do it, and so does everyone looking at your business. So let's look at two real-world examples - both taken from Google - one for a client business one from one that's not. The non-client first: 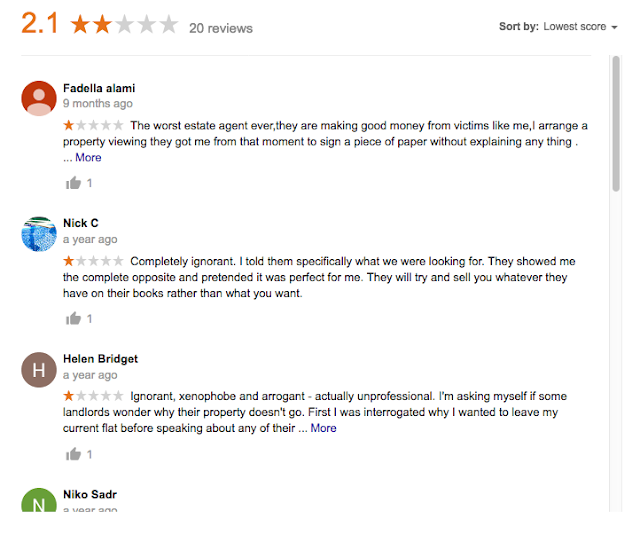 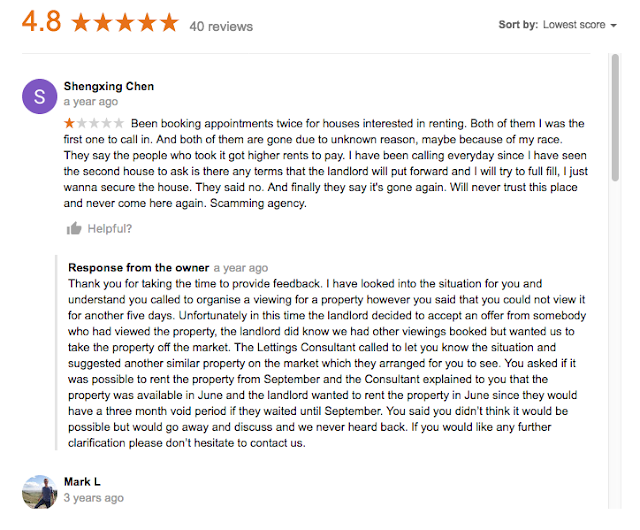 And not just the negative reviews (another HelpHound client): 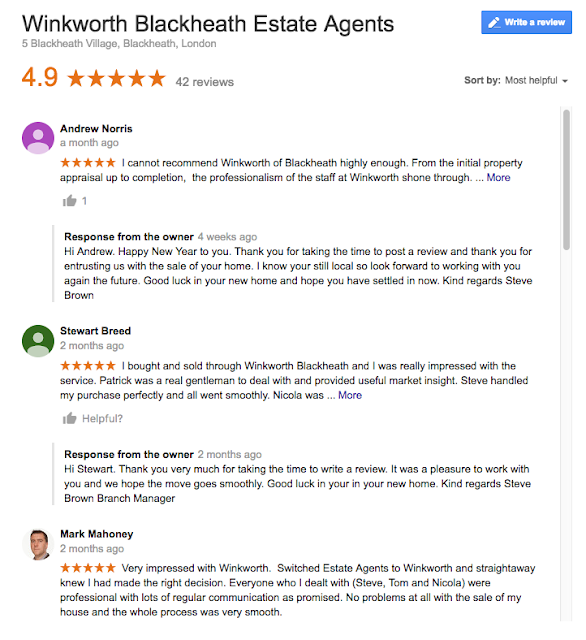 And now: the lessons...All of the above add up to a message that will seriously impress a prospective customer. Think of it from their point-of-view, do they want to use a business that ignores reviews, or one that:By now we expect we are all on the same page. Responding to reviews should not be seen as a chore any more than responding to a client email - it should be part-and-parcel of any modern business's standard operating practices.
Note: If you would like a copy of our memo 'How to respond to a Google review' which deals with the mechanics, please just call us.
Posted by HelpHound at 19:12