Why do the restaurant multiples ignore the power of reviews? 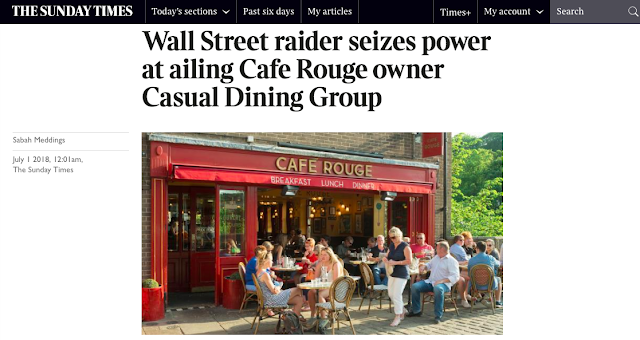 Last time it was Jamie's Italian, this time it is the Casual Dining Group

Regular readers will have seen this topic covered before, but we make no apology for raising it again.

Do the owners of these chains not realise what impact reviews have? That looking great can drive business through their doors? That looking 'not so great' has the opposite effect?

Well, if they do, we have seen few signs. Let's look at the first five Cafe Rouge outlets served in search...

...all scoring less than 4 on Google (who cares about any other sites these days?). All allowing a tiny minority to totally dominate their online images.

That 'tiny minority' - just how 'tiny'? Let's look at the first of these restaurants: Victoria Place - it scores 3.7 (a score that any millennial will tell you 'No way am I even considering that!') but just how many of its customers have led to that disastrous score? Nineteen. Nineteen, over a period of seven years - seven years since Google Local Guide Kenny Stoltz left their first review...

...and did they thank him? Did they ask him what they could have done to make him happier? No, of course they didn't - after all, they were piling in the customers in those days - why get involved with reviews?

That nineteen is under three negative reviews a year! Just two unhappy customers a year have destroyed that Cafe Rouge's online reputation. Bringing it below the Google filter and putting off countless potential customers.

What should Cafe Rouge have done? And what are the lessons for other businesses like them?

Assuming they have the product and the pricing roughly right - and we've eaten there and we reckon they probably tick those boxes in their marketplace (so did Jamie's Italian 'tho) they have made the following mistakes...

If they had engaged?

All their restaurants would be scoring north of 4.0, some by a slim margin, the better ones by a considerable margin. They would be looking like this...

...and, we're guessing - but it's a very educated guess indeed - not making headlines on the front page of the Sunday Times' business section.

For the cynics and sceptics...

We are not going to waste your - or our - time arguing just how influential reviews are in today's marketplace (we can hear the cries of 'they've been brought low by changes in spending habits' or 'it's the crippling rents in UK high streets that's doing it').

It costs so little to address a situation such as the one we are looking at here we would simply suggest doing it. Adopting review management and seeing the results for yourselves.